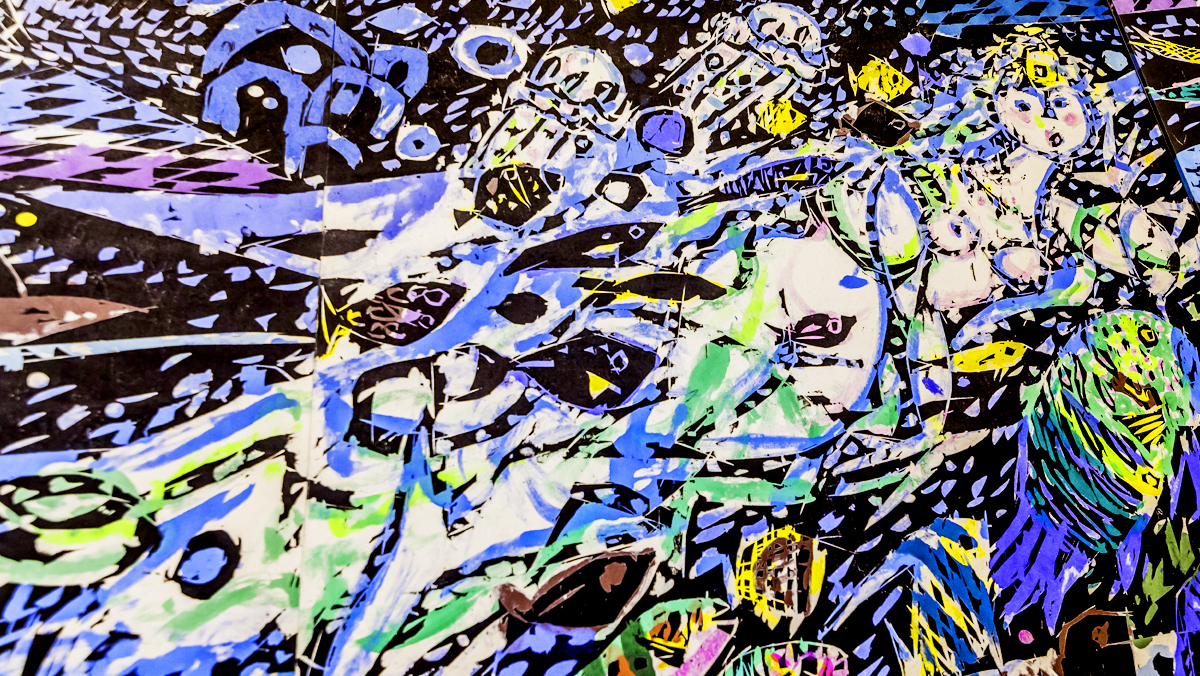 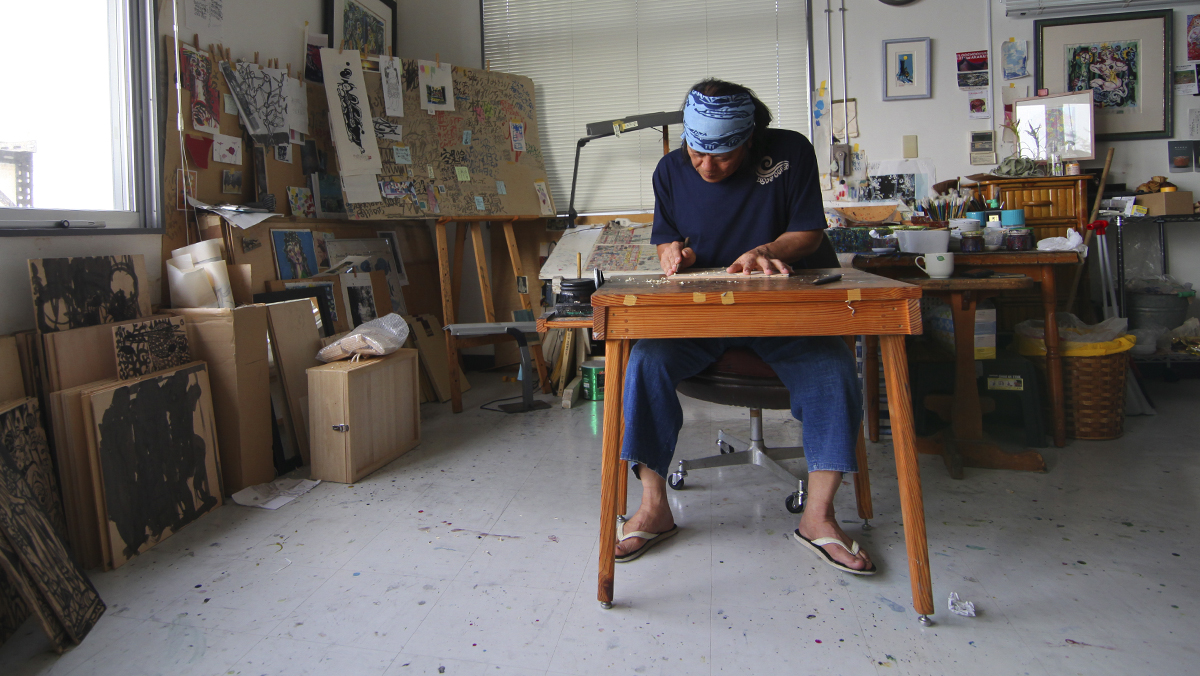 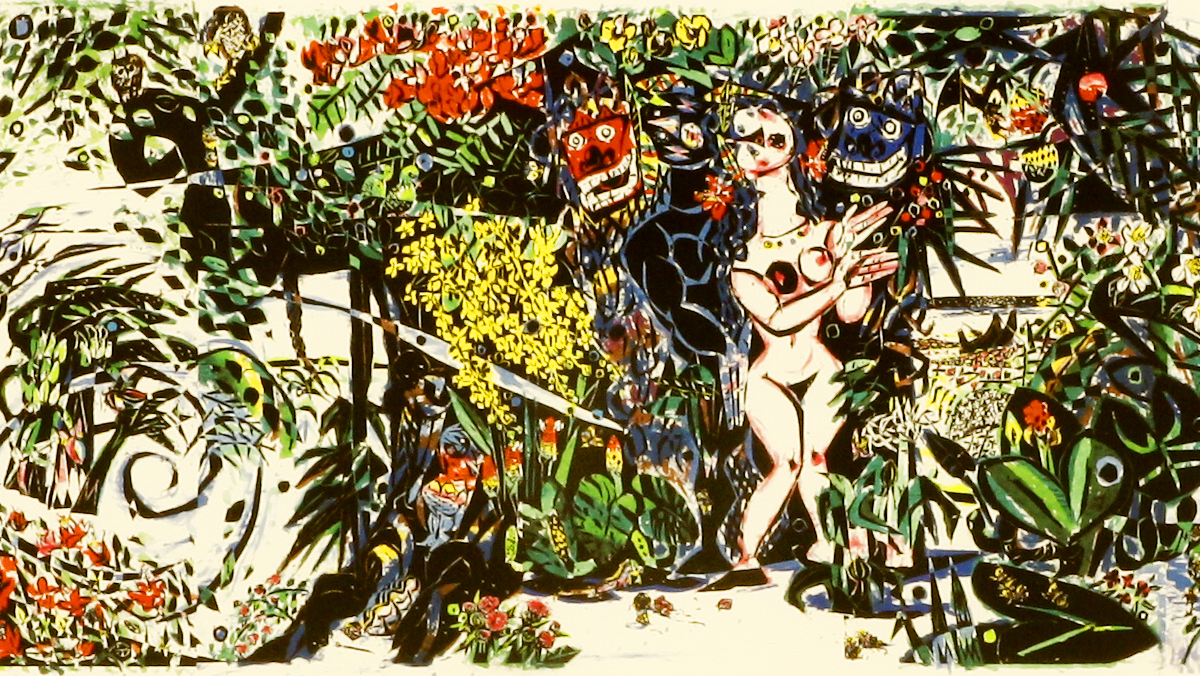 Discovered print making through painting, illustration and design.
Bokunen Naka's first solo exhibition was held in Tokyo in 1996. Since then he has held over 17 solo exhibitions away and continues to exhibit his latest works at The Bokunen Art Museum in Okinawa.
Bokunen works in a special style called Urazaishiki, a technique used to apply color to the reverse side of a print. In his work he captures the intense colour and interplay of sun, sea, beach, floral and mountains. Many of Bokunen's works are inspired by the island of Izena in the north of Okinawa, where he was born.
In addition to his original works, he has taken on a variety of commissions such as poster designs for international scaled projects, and art works for commemorative stamps. He has also been featured in a number of television programs.
Wikimedia - 名嘉睦稔 -

1998
A solo exhibition: “Celebration of the beauty and the Global Environment” at Shinjuku lsetan Gallery, Tokyo

1999
Designed a commemorative stamp of Japan Post Group for the 125th anniversary of postal service in Okinawa
A solo exhibition: “Celebration of the beauty and the Global Environment” at Dazaifu Tenmangu Shrine, Homotsuden, Fukuoka

2006
Featured in an art textbook for Junior High School

2007
As Japan Cultural Envoy for the Japan Agency for Cultural Affairs he engaged in a series of live- printmaking demonstrations starting in Korea, followed by Spain and France
Nominated as a culture exchange ambassador (Japanese Agency for Culture Affairs)
Designed the poster of Ministry of the Environment for “International Year of the Reef 2008”
Designed the curtain “ Resonating Sunshine” for Tedako Hall, Urasoe City, Okinawa

2017
A solo exhibition: “The World of Bokunen Naka - Carving Messages of the Wind” at The Museum of Art, Ehime